Please check out my guest column published in the Alaska Dispatch News on January 1, 2016 on the topic of prosecutors who strong-arm defendants into pleading guilty: 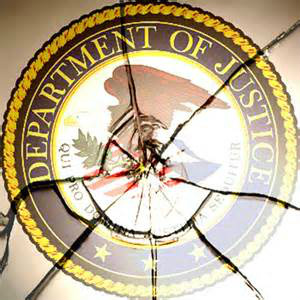 The reputation of the U.S. Department of Justice took a big hit over the botched Stevens and Kohring cases involving prosecutor misconduct.

I was the target of unscrupulous prosecutors from the so-called U.S. "Justice" Department who were determined to convict a conservative lawmaker and long time chairman of the Alaska Legislature's Oil & Gas Committee, regardless of the facts or evidence. From the day my office was raided by a swarm of armed FBI agents on August 31, 2006, I was harassed, bullied, threatened and my constitutional rights repeatedly denied. The prosecutors cheated by intentionally concealing over 6500 pages of evidence as determined by a criminal investigation, much of which was crucial to my case and would have likely cleared my name at my 2007 trial. The same prosecutors who shamefully attacked and falsely convicted the late U.S. Senator Ted Stevens of Alaska were also assigned to me unlike all other defendants in "Polar Pen," committing the same egregious acts. The late Judge Betty Fletcher of San Francisco's Ninth Circuit Court of Appeals which threw out my erroneous convictions in 2011, found the prosecutors acts against me repugnant, declaring "reprehensible," and that their flagrant prosecutorial misconduct  represented  egregious violations of basic prosecutorial responsibilities.  Compounding matters was the Alaska District Court judge assigned to my case, John Sedwick, who took sides with the government and denied me my most fundamental constitutional rights including a fully open trial where all evidence and all witnesses are allowed as part of my defense. I learned after my trial that Judge Sedwick, a fat-salaried, life-time appointee, failed to disclose serious conflicts of interest requiring that he remove himself from the case as mandated by federal law - primarily that his wife Deborah Sedwick and I were major political opponents over budget disputes involving millions of dollars in cuts I pushed through as a budget subcommittee chairman which directly effected her, and secondly, that she lost her job as commissioner of the Department of Commerce (the highest paid position in the agency and member of Governor Tony Knowles cabinet) from House Bill 40, which I authored. The combination of the prosecutors gross misconduct and Judge Sedwick's personal vendetta resulted in false convictions and a stunning 3-1/2 year prison sentence - centered around a ludicrous bribe allegation of accepting a perfectly legal $100 gift (five, twenty dollar bills) from former friend and oil service company owner Bill Allen for an Easter egg hunt in 2006 for my 9-year old step-daughter, as shown on the "iconic" video tape.

Family friend Fred James of Bellingham, Washington taped this discussion shortly after U.S. Attorney General Eric Holder announced he was calling for my immediate release from a prison work camp near Death Valley, California, when it was discovered prosecutors concealed evidence crucial to my case (6-12-09).

Former U.S. Attorney General Eric Holder intervened by calling for my release after discovering that prosecutors (one of whom committed suicide before the criminal investigation's results were revealed) deliberately failed to disclose key evidence that I was legally entitled to, something prosecutor ally Judge Sedwick refused to acknowledge and act upon. It forced me to go over Sedwick's head with an appeal to the Ninth Circuit, where I was finally successful. Moreover, my attorney believed that the thousands of pages of hidden evidence were likely only the tip of the iceberg and that far more material existed and was destroyed by government lawyers as part of a cover up. The criminal investigation found strong evidence of a cover-up as well. Sedwick and the prosecutors belong in jail for their actions, but whether they're ever held legally accountable is doubtful as they have the power of the government on their side. I've learned the hard way just how corrupt our judiciary can be and how it's nearly impossible to be exonerated if the United States government wants you. This corruption continues as evidenced by the Obama Administration's use of the Justice Department, State Department and FBI as political tools to protect Hillary Clinton from prosecution. Ironically, the conservative-hating, anti-Republican former Anchorage Daily News, who refused to report the complete facts on my case and without twisting the truth, instead accused me as the one supposedly corrupt. I made mistakes which I regret, but they were small ones, were not criminal and no way justified the wrath of bureaucrats raining down on me - unlike other defendants who were lumped in with me to make me appear guilty. The words "Truth and justice for all" in the Pledge of Allegiance are sometimes a fallacy and unfortunately do not apply to everyone.

"No man's ambitions have a right to stand in the way of performing a simple act of justice."